Once king of eastern forests, the American chestnut was wiped out by blight. Now it is poised to rise again. 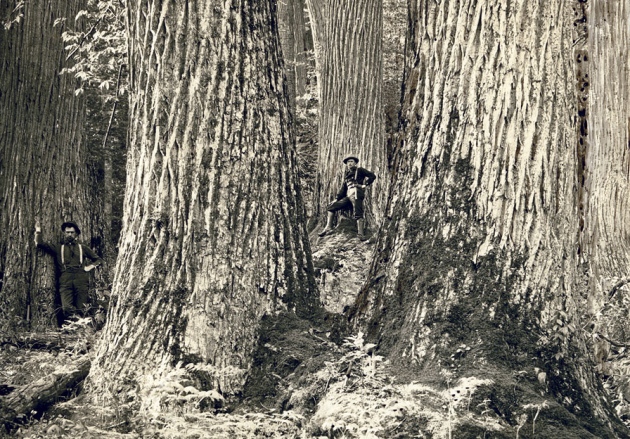 Before the fall: American chestnuts in the Great Smokey Mountains of North Carolina in 1910.
COURTESY OF THE FOREST HISTORY SOCIETY, DURHAM, NORTH CAROLINA

From giants to stumps

Once known as the sequoia of the east, the American chestnut was one of the tallest trees in the forest, and dominated a range of 800,000 square kilometres, from Mississippi to Maine (see ‘Felled by a fungus’). It made up 25% of the forest, and its annual nut crop was a major source of food for both animals and humans. The decay-resistant wood was also used to make telephone poles, roofs, fence posts and parts of railway lines.

The first warning signs came in 1904, when rust-coloured cankers developed on chestnuts at the Bronx Zoo in New York. Zoo forester Hermann Merkel took a sample across the street to the New York Botanical Garden, where mycologist William Murrill soon identified the spores as chestnut blight. The blight probably hitched a ride on nursery imports of Japanese chestnuts beginning in 1876. Spreading through rain and air, fungal spores infected trees through bark wounds and breaks. Cankers developed, quickly encircling a branch or trunk and cutting off the supply of water and nutrients from the soil. Within 50 years, the blight had laid waste to nearly the entire population of some 4 billion trees. … READ MORE

I enjoy amateur radio, gardening, beekeeping, birding, and being outdoors.
View all posts by admin →
This entry was posted in In the News. Bookmark the permalink.