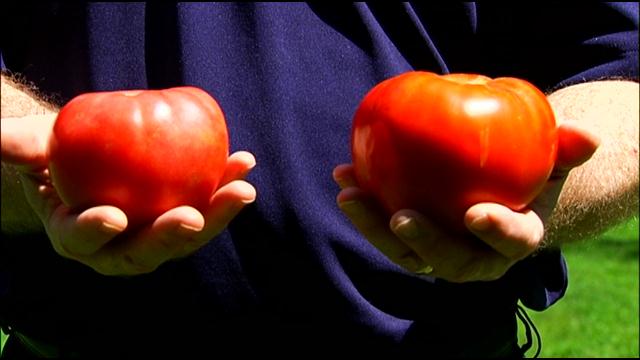 NASHVILLE, Tenn. – Although the abundant rainfall earlier this month has kept local farms and gardens well-watered, the increased moisture has created more fungus and bacteria problems for many vegetables.

Diseases such as “Early Blight,” “Fusarium Wilt” and “Septarium Leaf Spot” have caused the leaves on many vegetables, especially tomatoes, to turn brown and rot.

However, there are things you can do to reduce this problem.

Wilson County UT/TSU Agricultural Extension Agent Justin Stefanski said that the diseases work there way from the ground up on the plant, so as soon as you see leaves turning spotty or brown near the bottom, prune and remove them completely, and don’t let leaves touch the ground.

You can also spray the rest of the plant with an organic fungicide made from copper sulfates.

If tomatoes are planted in the same spot year after year, the fungi and bacteria remain in the soil and continue the problem into the next year.

I enjoy gardening, keeping bees, birding, the outdoors, and visiting State & Local Parks and Greenways.
View all posts by Greg Tomerlin →
This entry was posted in Announcement. Bookmark the permalink.
%d bloggers like this: